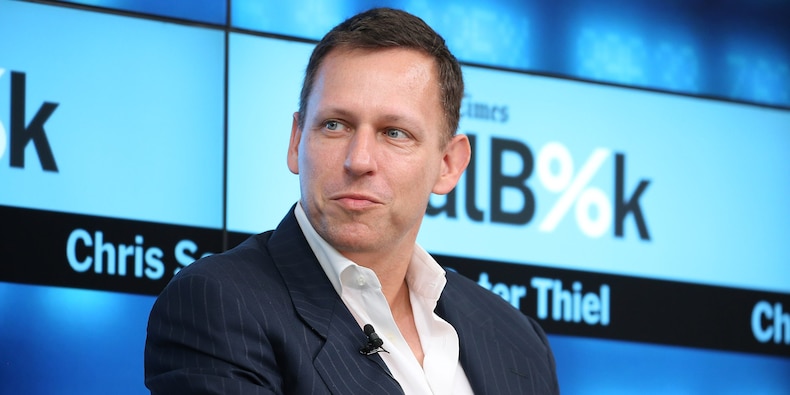 Summary List PlacementBillionaire Peter Thiel said bitcoin could be considered a “Chinese financial weapon.”
The digital asset threatens the US dollar, which plays into the hands of China, he said.
Thiel called China’s central bank digital currency a “totalitarian measuring device.”
Sign up here for our daily newsletter, 10 Things Before the Opening Bell.

Peter Thiel, one of Silicon Valley’s most prominent venture capitalists, suggested bitcoin could pose a threat to the US during a virtual seminar held by the Richard Nixon Foundation this week.

“Even though I’m a pro-crypto, pro-bitcoin maximalist person, I do wonder whether at this point bitcoin should also be thought of in part as a Chinese financial weapon against the US,” the PayPal cofounder said. “It threatens fiat money, but it especially threatens the US dollar and China wants to do things to weaken it.”

Thiel, a Facebook board member and cofounder of Palantir Technologies, was expanding on his discussion about…